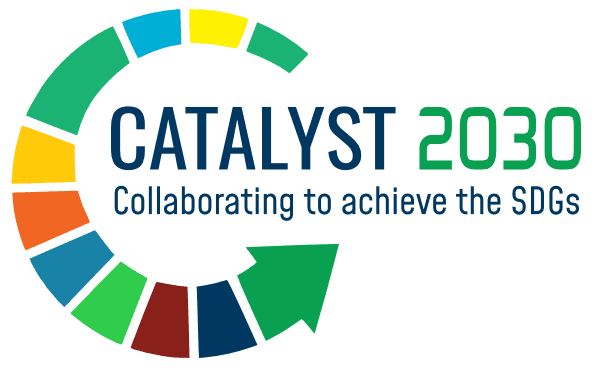 Catalyst 2030 announced the winners of its Inaugural Systems Change Awards on March 25 2021 at a virtual ceremony hosted at Althorp House.

The Finalists represent philanthropic, government, multilateral and business leaders and organisations who embrace collaboration, co-creation and the shifting of power dynamics to achieve the SDGs.

The finalists were chosen from more than 200 nominations submitted by Catalyst 2030 members and selected by the General Assembly vote as well as esteemed global development leaders who served as judges.

Catalyst 2030 was launched just over a year ago at the World Economic Forum in Davos, with the aim of building collaboration across sectors to unleash systems change towards attaining the SDGs. The finalists and awardees are allies who understand that many of the traditional ways of funding and partnering with social entrepreneurs are falling short. They recognise that collaboration, long-term funding, community perspective and local knowledge are key to achieving our goals.

Food & Medicine Delivery, the last mile of social aid during the pandemic

While the International Red Cross and Red Crescent Movement has helped to safeguard this unprecedented period, social enterprises have also collaborated by being innovative in reaching the "unreached". What did we learn from the past one year and a half? How can we build upon existing models to provide social services to what is referred to as

The Sustainable Development Solutions Network (SDSN), published its report on the decade of action for the SDGs.

The call is launched! Solferino Academy, the Think & Do Tank for Innovation of the International Federation of the Red Cross and Red Crescent (IFRC) is inviting all young volunteers and staff aged from 18 to 30 years old to submit an innovative project proposal to help the communities recover from the pandemic’s impact.