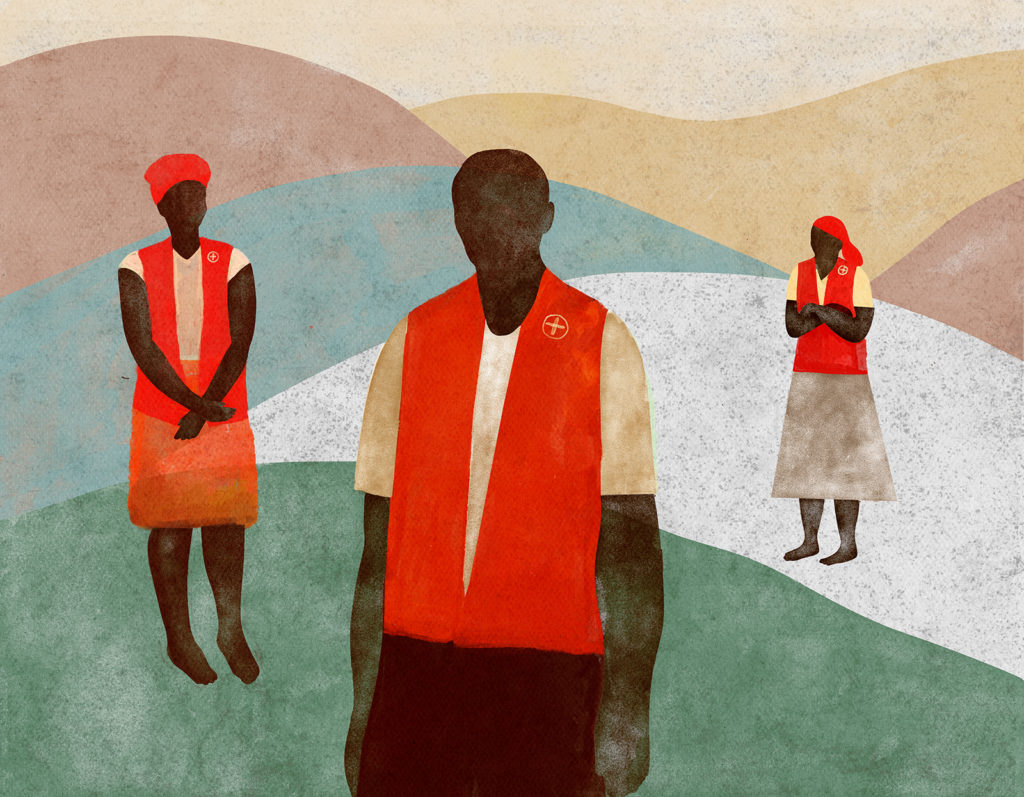 In 2007, the Burundi Red Cross created decentralized support groups called ‘Unités Collinaires’. Each ‘Unité Collinaire’ is made up of volunteers who have gradually come together to support vulnerable people in their community. Each volunteer gives 2 to 4 hours of their time per week. Today, the Burundi Red Cross has 2920 Hill Units in all the hills of the country and a vast network of over 600,000 volunteers.

Thus, in 2007, thanks to sustained advocacy with its Movement partners, the Burundi Red Cross Society experimented with this new approach of “Sustainable Local Resource Mobilization”. At the African level, the Burundi Red Cross was chosen, along with Ghana, to pilot and test this project supported by the International Federation of Red Cross and Red Crescent Societies.

In Burundi, the experiment concerns two provinces (Ruyigi and Karuzi) and two hills, Gasasa and Kiyange. The same leitmotiv in the communication: together we can do better to help the most vulnerable. The first “self-help groups” were then created on the Gasasa and Kiyange hills.

The Unité Collinaire is not only the physical equivalent of the most decentralized administrative structure, the Colline. It is also the gathering of all its volunteers who have gradually come together to respond to the various forms of vulnerability felt in the community. They give 2 to 4 hours of their time per week to help the most vulnerable people identified in the community.

Since then, each volunteer is registered in a Hill Unit. The Hill Units hold weekly meetings to agree on the plan to assist the identified vulnerable people. This allows the volunteers in the Hill Units to feel united around a common goal.

In its quest for strategies, the Burundi Red Cross has included, from its Strategic Plan 2014-2017, the promotion of community development.

Strategic Plan 2014-2017, the promotion of useful trades for community development. Volunteers have been trained as masons, carpenters, fountain builders and in other trades such as pottery, basketry, etc. in order to contribute to their development, to the development of their hill unit and their community. Through the activities they do, part of the funds they earn are paid into the accounts of the hill units.