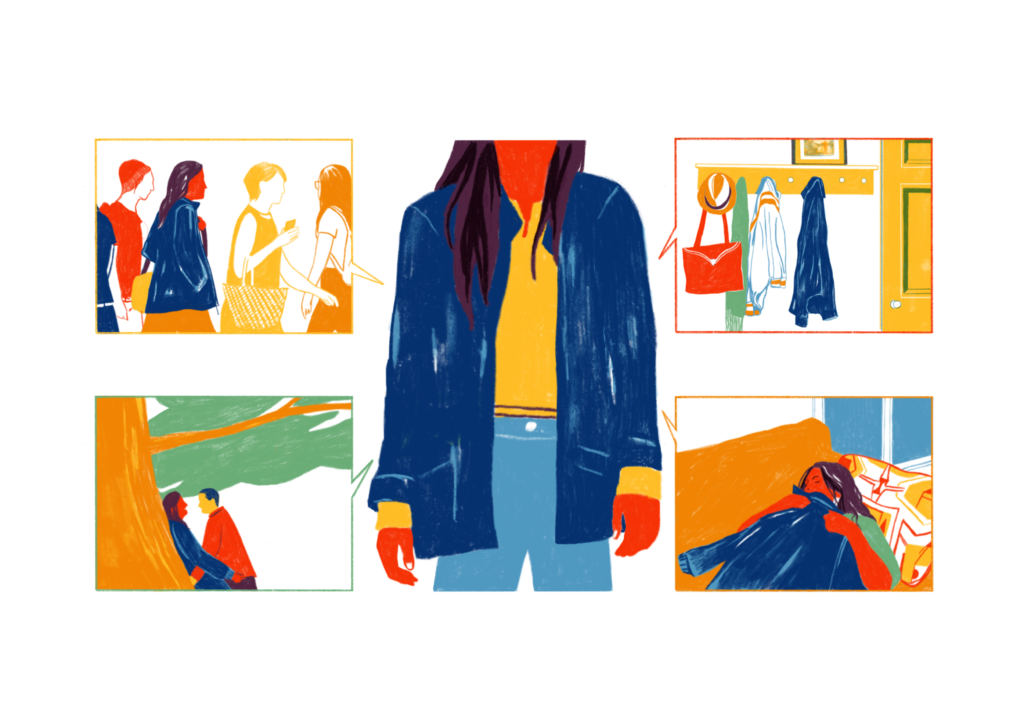 In the face of a booming second-hand clothing market, the French Red Cross has implemented a new strategy to develop its textile activity on a national level.

With its 630 shops and 300 cloakrooms reserved for precarious people, textile is one of the largest and oldest activities of the French Red Cross. By collecting more than 15,000 tons of clothes across the country every year, textile is the top volunteering activity in terms of the number of people involved.

For several years now, the environmental crisis has turned the textile market upside down. According to Kantar, a polling organisation, 16 % of French people bought second-hand clothes in 2018, and that percentage doubled the following year. While the second-hand market is rapidly expanding, new players develop their businesses of textile reuse so as to dominate this new market. In the face of these actors with much more considerable means than those of the French Red Cross, should the organisation give up on running textile activity ? No.

The stores of the French Red Cross are not only places of commercial transactions, but also and above all places to meet and share: promoting social interactions and bringing warmth and comfort to people in precarious positions. In addition, by collecting and recycling used textiles, the French Red Cross strengthens its leading position in the circular economy and evidences its commitment to the ecological transition. Giving clothes to the association is in itself a symbolic act. It reflects the will to belong to a larger project, that of fighting against poverty and social exclusion. Last but not least, the textile activity is a significant source of income that contributes to the financial independence of the association. For all these reasons, the French Red Cross must keep and develop its textile activity.

Chez Henry (At Henry’s) is a new boutique concept named in memory of the founder of the Red Cross Henry Dunant, winner of the Nobel Peace Prize in 1901.

Chez Henry is much more a place than just a store. It is a welcoming place, open to everyone, where you feel good. It is a place that seeks to increase people’s engagement with society regardless of their social status. Whether they are donors or clients, volunteers or people in need, everyone is involved in the virtuous circle of the circular economy. By offering complementary services, the Chez Henry boutiques create a warm atmosphere: you can have a drink, hang out and chat, learn to sew or use digital tools. Inspired by the concept of Third Places, these places redefine both the donor’s and the buyer’s experience.

That is why Chez Henry boutiques are all about enhancing the donation experience. The Association chose to enhance the donor experience by creating a “ritual” to follow each donation made at Chez Henry’s boutiques. The donors are encouraged to write on a label the most memorable moments of their lives that they experienced while wearing the donated garment. From a first love encounter to signing on for a first job, from Paul McCartney’s last concert to the birth of a child… The clothes worn in these moments are full of emotion. The labels help pass on these memories to future wearers of the clothes.

However, valuing the clothes is above all a way to value their donors and the future buyers who will make good use of them. The donor fully understands the solidarity and environmental benefit of donating. Equally, the buyer will wear this new garment with pride and will extend its story. Thus, Chez Henry boutiques seek to become places where people share their stories that mutually enrich their lives, especially thanks to the donation ritual.

In order to promote the new textile strategy of the French Red Cross, the concept of Boutique Inversée (Inverted Boutique) was launched in 2019. Rather than a shop emptying following purchase after purchase, this pop-up store fills up donation after donation. This promotion event enables volunteers to meet new audiences and to raise awareness about the impact of clothing recycling. The concept was renewed in 2020 in the form of a tour of nine French shopping centers, at the same time giving the public the opportunity to buy clothes.

Similar to the Chez Henry boutique concept, the Boutique Inversée enhances the human interaction that takes place when donating or purchasing clothing via the Association. The tag principle is also used, and buyers are given the offer of a button sewed into their clothes to show their commitment to the French Red Cross.

Four Chez Henry shops have been launched since September 2020. Two new shops will open in the first quarter of 2021. The French Red Cross plans to transform 150 second-hand shops into Chez Henry stores and create forty more by the end of 2021/beginning of 2022.

Outside the health crisis, one Chez Henry store welcomes 700 visitors per week, of whom one-third will be buyers. The French Red Cross anticipates 10,000 buyers per boutique per year.

The new textile strategy is the largest project to be carried out by the French Red Cross volunteer network in several years. The final goal is to transform all 650 existing second-hand shops into Chez Henry boutiques.

Through this project, the French Red Cross aims not only to guarantee its financial autonomy, but also to propose a different way to engage its volunteers while attracting new volunteers at the same time.