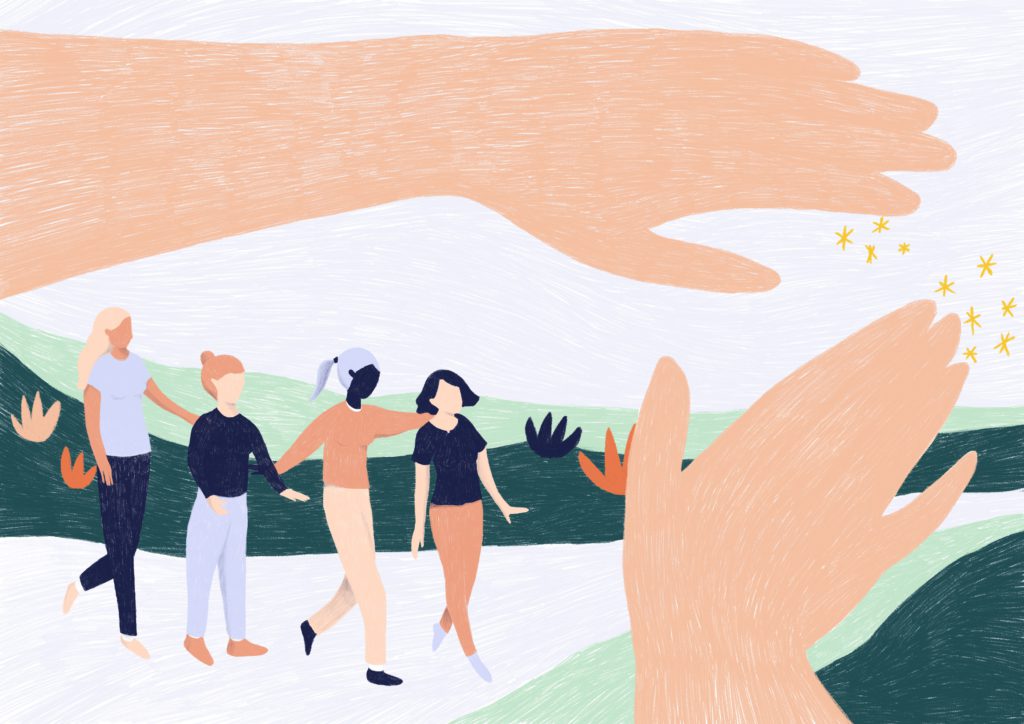 Nearly one in 12 women develops breast cancer in her lifetime and breast cancer is the leading cause of cancer death in women. One of the keys to curing the patient is to detect the tumor early enough to initiate an effective treatment phase.

Doctors are able to detect tumors as small as 1 to 2 centimeters when they are palpated. The tactile examination assistants, i.e. the visually impaired people trained by Discovering Hands, can detect tumors of 6 to 8 millimeters, which makes a big difference.

This is because at this stage of development the tumor has not yet had time to spread throughout the body and can therefore be cured more easily. In addition, the examiners can also spend more time with the patients, between 30 and 50 minutes, making the medical examination more human.

Using tape to divide the areas of the breasts to be inspected, the assistant examiner methodically performs a palpation. If there is a suspicion of a nodule, the assistant examiner informs the physician, who is the only person authorized to make a diagnosis, in order to determine whether to continue with an ultrasound or to prescribe a mammogram. This method is not intended to replace X-rays, which are the only examination that can detect microcalcifications in the breasts, the first stage of a malignant tumor, but to contribute to an early diagnosis.

To make this possible, Frank Hoffmann’s team had to start from scratch and develop a nine-month training course for assistant examiners and a final exam from scratch. Other gynecologists also had to be convinced of the relevance of the device.

Today, more than 40 medical assistants trained by Discovering Hands are working in Germany. This not only improves medical diagnoses, but also provides jobs for visually impaired or blind people, making them caregivers rather than recipients. To date, Discovering Hands has been replicated in Switzerland, Austria, India, Colombia and Mexico.