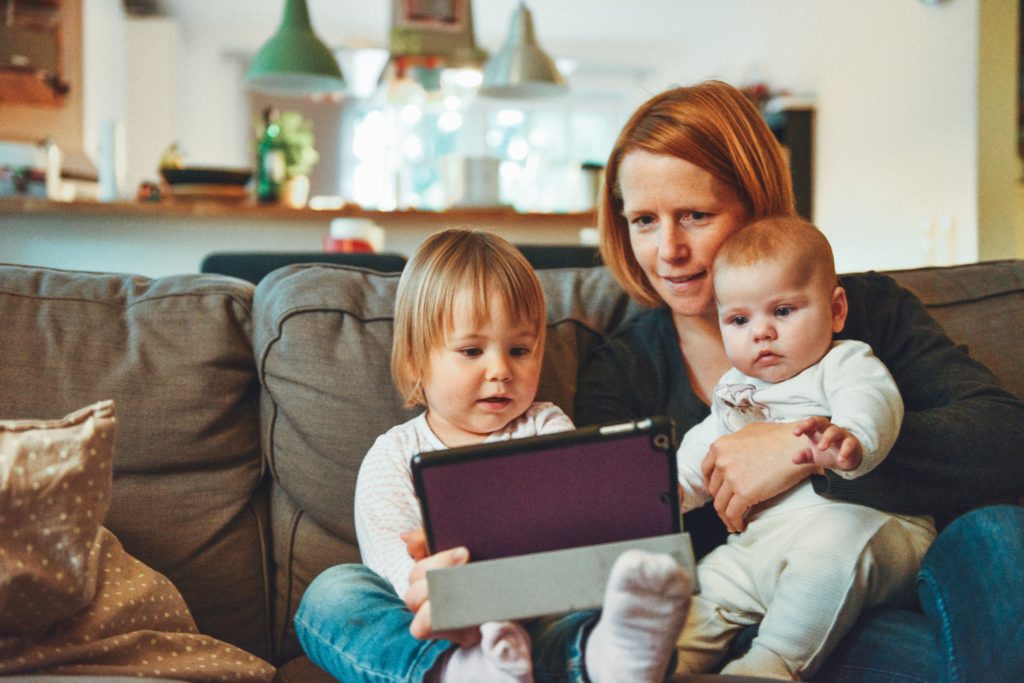 Photo by Alexander Dummer on Unsplashed

The Elterncampus of the German Red Cross is a digital platform that offers virtual live courses for parents and families.

The first year of a child’s life is determinative for its physical and psychological development. The German Red Cross offers a variety of courses to support families during this challenging time. In spring 2020, all physical classes had to be cancelled within a few weeks due to the Covid-19 pandemic. This new situation was challenging since the German Red Cross lost the contact to their target groups and had no short-term alternative.

The Elterncampus is a digital platform that offers online courses on diverse topics such as infant nutrition or first-aid on child that can be conducted virtually. At the same time, it creates a digital space for questions and exchange. The two-sided platform enables parents to participate virtually in live courses and allows the branches of the German Red Cross to offer their courses.

The project has been carried out in the sense of an agile and user-centered approach. Within the first weeks, a so-called MVP was developed. MVP stands for Minimal Viable Product and describes the minimum functionalities of a product with the goal of solving an outlined challenge in the best possible way. With this approach the German Red Cross aims to avoid internal loops and instead quickly get into an exchange with potential users.

In the future, a chat functionality will be integrated and the page will be enriched with content on the topic of parenthood. In this way, the Elterncampus platform will offer a wide range of support services for parents.

Following this prototype, the German Red Cross is taking a centralised platform approach. It develops a central platform for the entire association rather than many local solutions. Until now, this approach has been difficult to pursue due to the federal structures of the association. Therefore, this project tests hypotheses on a small scale and outlines opportunities and challenges of this approach.

The interdisciplinary project team consists of experienced employees from the German Red Cross branches, a project manager of the headquarters, as well as experts from the technical service provider. To understand the needs of the target group, the team used methods such as Personas and User Journey Maps. Throughout the course of the project, the team spoke intensively with parents and young families, conducted user tests, and gathered feedback to ensure intuitive navigation on the site. Development steps had been defined, reviewed and implemented in phases of two weeks. This allowed the German Red Cross to incorporate changes and new insights as the project progressed.

Virtual live courses have been offered on the Elterncampus platform since November 2020. So far, 30 courses have been conducted with a total of 184 participants. The German Red Cross pursues a radical user focus during the initial project as well as the further development and puts parents at the center of their offer. In this way, they create a product that supports their target groups in the best possible way. For example, they ask participants after each course for their opinion in order to improve the platform and the offer on the long term.

During the project, the German Red Cross gained a number of insights. For example, it became clear that physical offers cannot be transferred to the virtual environment without modification. Rather, the content has to be adapted to the new circumstances. Therefore, the German Red Cross shortened the length of courses and the number of appointments and focused on knowledge transfer.

Virtual live courses also require entirely new methodological and technical skills from the course instructors. In addition, some instructors raised concerns about digital courses, which the association was able to overcome by providing close support and advice. During the roll-out, test courses had been conducted with the instructors. In the course of the project, the German Red Cross realised that it’s crucial for the success of a project to introduce digital products in a sustainable and supportive way. In their experience, this ensures acceptance at an early stage and creates self-confidence among all stakeholders.

The German Red Cross also learned that the relationship with their target group could never be close enough. Following the discussions with parents, it became clear that some of the parents have been excluded from participation of physical course offerings, regardless of the Covid-19 pandemic. Whether parents live in a rural area or they are reluctant to attend a class due to their child’s condition, there could be many reasons why parents prefer virtual classes. Therefore, the Elterncampus platform is not only a temporary solution in times of pandemic, but offers enormous potential for the future.